In 1846, the Scottish chemist Thomas Graham found that the rate of effusion of a gas (the amount of gas transferred between containers in a certain amount of time) is inversely proportional to the square root of its molar mass. This means that gases with a lighter molecular weight have higher effusion rates.

This finding is summarized in Graham’s law of effusion:

An unknown halogen (diatomic) gas effuses at a rate that is approximately 1.89 times the rate of I2 gas at the same temperature. Determine the molar mass and identity of this unknown gas.

Another type of gas movement is called diffusion; it is the movement of gas molecules through one or more additional types of gas via random molecular motion. Similar to effusion, gases with lower molecular weights (which have a higher rms speed) diffuse faster than gases with higher molecular weights. However, in diffusion, movement is much more complicated as collisions occur between molecules that change the direction and speed of the molecules. As a result of these collisions, the path a molecule travels in diffusion is made up of numerous straight, short segments. The term mean free path is used to describe the average distance travelled by a molecule between collisions. 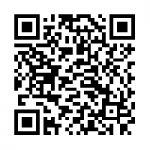 Watch the ViuTube hosted video on Diffusion by Jessie Key.

7.7 Molecular Effusion and Diffusion by David W. Ball and Jessie A. Key is an adapted version of the open textbook Introductory Chemistry – 1st Canadian and is licensed under a Creative Commons Attribution 4.0 International License, except where otherwise noted.