The definition of chemistry—the study of the interactions of matter with other matter and with energy—uses some terms that should also be defined. We start the study of chemistry by defining some basic terms.

Matter. A book is matter, a computer is matter, food is matter, and dirt in the ground is matter. Sometimes matter may be difficult to identify. For example, air is matter, but because it is so thin compared to other matter (e.g., a book, a computer, food, and dirt), we sometimes forget that air has mass and takes up space. Things that are not matter include thoughts, ideas, emotions, and hopes.

Which of the following is matter and not matter?

Which of the following is matter and not matter?

If matter always stayed the same, chemistry would be rather boring. Fortunately, a major part of chemistry involves change. A physical change occurs when a sample of matter changes one or more of its physical properties. For example, a solid may melt (Figure 1.3 “Physical Changes”), or alcohol in a thermometer may change volume as the temperature changes. A physical change does not affect the chemical composition of matter.

Describe each process as a physical change or a chemical change.

Identify each process as a physical change or a chemical change.

Chemistry recognizes two different types of substances: elements and compounds. An element is the simplest type of chemical substance; it cannot be broken down into simpler chemical substances by ordinary chemical means. There are about 115 elements known to science, of which 80 are stable. (The other elements are radioactive, a condition we will consider in Chapter 15 “Nuclear Chemistry”.) Each element has its own unique set of physical and chemical properties. Examples of elements include iron, carbon, and gold.

A compound is a combination of more than one element. The physical and chemical properties of a compound are different from the physical and chemical properties of its constituent elements; that is, it behaves as a completely different substance. There are over 50 million compounds known, and more are being discovered daily. Examples of compounds include water, penicillin, and sodium chloride (the chemical name for common table salt).

Identify the following combinations as heterogeneous mixtures or homogenous mixtures.

There are other descriptors that we can use to describe matter, especially elements. We can usually divide elements into metals and nonmetals, and each set shares certain (but not always all) properties. A metal is an element that is solid at room temperature (although mercury is a well-known exception), is shiny and silvery, conducts electricity and heat well, can be pounded into thin sheets (a property called malleability), and can be drawn into thin wires (a property called ductility). A nonmetal is an element that is brittle when solid, does not conduct electricity or heat very well, and cannot be made into thin sheets or wires (Figure 1.5 “Semimetals”). Nonmetals also exist in a variety of phases and colors at room temperature. Some elements have properties of both metals and nonmetals and are called semimetals (or metalloids). We will see later how these descriptions can be assigned rather easily to various elements.

Chemistry Is Everywhere: In the Morning

Most people have a morning ritual, a process that they go through every morning to get ready for the day. Chemistry appears in many of these activities.

These are just a few examples of how chemistry impacts your everyday life. And we haven’t even made it to lunch yet! 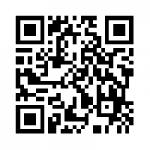 1. Identify each as either matter or not matter.

2.  Give an example of matter in each phase: solid, liquid, or gas.

a)  Sulfur is yellow.

b)  Steel wool burns when ignited by a flame.

c)  A gallon of milk weighs over eight pounds.

a)  A pile of leaves slowly rots in the backyard.

b)  In the presence of oxygen, hydrogen can interact to make water.

c)  Gold can be stretched into very thin wires.

5.  Does each statement represent a physical change or a chemical change?

a)  Water boils and becomes steam.

b)  Food is converted into usable form by the digestive system.

c)  The alcohol in many thermometers freezes at about −40 degrees Fahrenheit.

6.  Does each statement represent a physical change or a chemical change?

a) Graphite, a form of elemental carbon, can be turned into diamond, another form of carbon, at very high temperatures and pressures.

b) The house across the street has been painted a new color.

c)  The elements sodium and chlorine come together to make a new substance called sodium chloride.

7.  Distinguish between an element and a compound. About how many of each are known?

a)  Salt is mixed with pepper.

b)  Sugar is dissolved in water.

11.  In Exercise 9, which choices are also solutions?

12.  In Exercise 10, which choices are also solutions?

14.  Why is oxygen considered a nonmetal?

15.  Distinguish between a metal and a nonmetal.

16.  What properties do semimetals have?

13. Iron is a metal because it is solid, is shiny, and conducts electricity and heat well.

15. Metals are typically shiny, conduct electricity and heat well, and are malleable and ductile; nonmetals are a variety of colors and phases, are brittle in the solid phase, and do not conduct heat or electricity well.