Accuracy and Precision of a Measurement

The measurements in the paper example are both accurate and precise, but in some cases, measurements are accurate but not precise, or they are precise but not accurate. Let us consider an example of a GPS system that is attempting to locate the position of a restaurant in a city. Think of the restaurant location as existing at the center of a bull’s-eye target, and think of each GPS attempt to locate the restaurant as a black dot. In Figure 3, you can see that the GPS measurements are spread out far apart from each other, but they are all relatively close to the actual location of the restaurant at the center of the target. This indicates a low precision, high accuracy measuring system. However, in Figure 4, the GPS measurements are concentrated quite closely to one another, but they are far away from the target location. This indicates a high precision, low accuracy measuring system.

The degree of accuracy and precision of a measuring system are related to the uncertainty in the measurements. Uncertainty is a quantitative measure of how much your measured values deviate from a standard or expected value. If your measurements are not very accurate or precise, then the uncertainty of your values will be very high. In more general terms, uncertainty can be thought of as a disclaimer for your measured values. For example, if someone asked you to provide the mileage on your car, you might say that it is 45,000 miles, plus or minus 500 miles. The plus or minus amount is the uncertainty in your value. That is, you are indicating that the actual mileage of your car might be as low as 44,500 miles or as high as 45,500 miles, or anywhere in between. All measurements contain some amount of uncertainty. In our example of measuring the length of the paper, we might say that the length of the paper is 11 in., plus or minus 0.2 in. The uncertainty in a measurement, A, is often denoted as δA (“delta A”), so the measurement result would be recorded as A ± δA. In our paper example, the length of the paper could be expressed as 11 in. ± 0.2.

The factors contributing to uncertainty in a measurement include:

In our example, such factors contributing to the uncertainty could be the following: the smallest division on the ruler is 0.1 in., the person using the ruler has bad eyesight, or one side of the paper is slightly longer than the other. At any rate, the uncertainty in a measurement must be based on a careful consideration of all the factors that might contribute and their possible effects.

Uncertainty is a critical piece of information, both in physics and in many other real-world applications. Imagine you are caring for a sick child. You suspect the child has a fever, so you check his or her temperature with a thermometer. What if the uncertainty of the thermometer were 3º? If the child’s temperature reading was 37ºC(which is normal body temperature), the “true” temperature could be anywhere from a hypothermic 34º to a dangerously high 40º. A thermometer with an uncertainty of 3º would be useless.

One method of expressing uncertainty is as a percent of the measured value. If a measurement A is expressed with uncertainty, δA, the percent uncertainty (%unc) is defined to be

A grocery store sells a 5-pound bags of apples. You purchase four bags over the course of a month and weigh the apples each time. You obtain the following measurements:

First, observe that the expected value of the bag’s weight, A, is 5 lb. The uncertainty in this value, δA, is 0.4 lb. We can use the following equation to determine the percent uncertainty of the weight:

Plug the known values into the equation:

We can conclude that the weight of the apple bag is 5 lb ± 8%. Consider how this percent uncertainty would change if the bag of apples were half as heavy, but the uncertainty in the weight remained the same. Hint for future calculations: when calculating percent uncertainty, always remember that you must multiply the fraction by 100%. If you do not do this, you will have a decimal quantity, not a percent value.

A high school track coach has just purchased a new stopwatch. The stopwatch manual states that the stopwatch has an uncertainty of ±0.05 s. Runners on the track coach’s team regularly clock 100-m sprints of 11.49 s to 15.01 s. At the school’s last track meet, the first-place sprinter came in at 12.04 s and the second-place sprinter came in at 12.07 s. Will the coach’s new stopwatch be helpful in timing the sprint team? Why or why not?

No, the uncertainty in the stopwatch is too great to effectively differentiate between the sprint times.

When we express measured values, we can only list as many digits as we initially measured with our measuring tool. For example, if you use a standard ruler to measure the length of a stick, you may measure it to be 36.7 cm. You could not express this value as 36.71 cm because your measuring tool was not precise enough to measure a hundredth of a centimeter. It should be noted that the last digit in a measured value has been estimated in some way by the person performing the measurement. For example, the person measuring the length of a stick with a ruler notices that the stick length seems to be somewhere in between 36.6 cm and 36.7 cm, and he or she must estimate the value of the last digit. Using the method of significant figures, the rule is that the last digit written down in a measurement is the first digit with some uncertainty. In order to determine the number of significant digits in a value, start with the first measured value at the left and count the number of digits through the last digit written on the right. For example, the measured value 36.7cm has three digits, or significant figures. Significant figures indicate the precision of a measuring tool that was used to measure a value.

Determine the number of significant figures in the following measurements:

(a) 1; the zeros in this number are placekeepers that indicate the decimal point

(b) 6; here, the zeros indicate that a measurement was made to the 0.1 decimal point, so the zeros are significant

(c) 1; the value 103 signifies the decimal place, not the number of measured values

(d) 5; the final zero indicates that a measurement was made to the 0.001 decimal point, so it is significant

(e) 4; any zeros located in between significant figures in a number are also significant

Significant Figures in this Text

Perform the following calculations and express your answer using the correct number of significant digits.

(a) A woman has two bags weighing 13.5 pounds and one bag with a weight of 10.2 pounds. What is the total weight of the bags?

(b) The force F on an object is equal to its mass m multiplied by its acceleration a. If a wagon with mass 55 kg accelerates at a rate of 0.0255 m/s2, what is the force on the wagon? (The unit of force is called the newton, and it is expressed with the symbol N.)

(a) 37.2 pounds; Because the number of bags is an exact value, it is not considered in the significant figures. 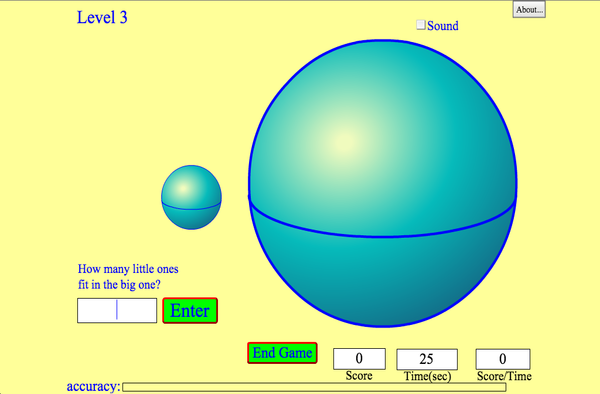 1. What is the relationship between the accuracy and uncertainty of a measurement?

2. Prescriptions for vision correction are given in units called diopters (D). Determine the meaning of that unit. Obtain information (perhaps by calling an optometrist or performing an internet search) on the minimum uncertainty with which corrections in diopters are determined and the accuracy with which corrective lenses can be produced. Discuss the sources of uncertainties in both the prescription and accuracy in the manufacture of lenses.

Express your answers to problems in this section to the correct number of significant figures and proper units.

1. Suppose that your bathroom scale reads your mass as 65 kg with a 3% uncertainty. What is the uncertainty in your mass (in kilograms)?

2. A good-quality measuring tape can be off by 0.50 cm over a distance of 20 m. What is its percent uncertainty?

4. An infant’s pulse rate is measured to be 130 ± 5 beats/min. What is the percent uncertainty in this measurement?

accuracy:
the degree to which a measured value agrees with correct value for that measurement

percent uncertainty:
the ratio of the uncertainty of a measurement to the measured value, expressed as a percentage

precision:
the degree to which repeated measurements agree with each other

significant figures:
express the precision of a measuring tool used to measure a value

uncertainty:
a quantitative measure of how much your measured values deviate from a standard or expected value

Accuracy, Precision, and Significant Figures by Lumen Learning is licensed under a Creative Commons Attribution 4.0 International License, except where otherwise noted.