The Immense Impact of Culture in Global Marketing 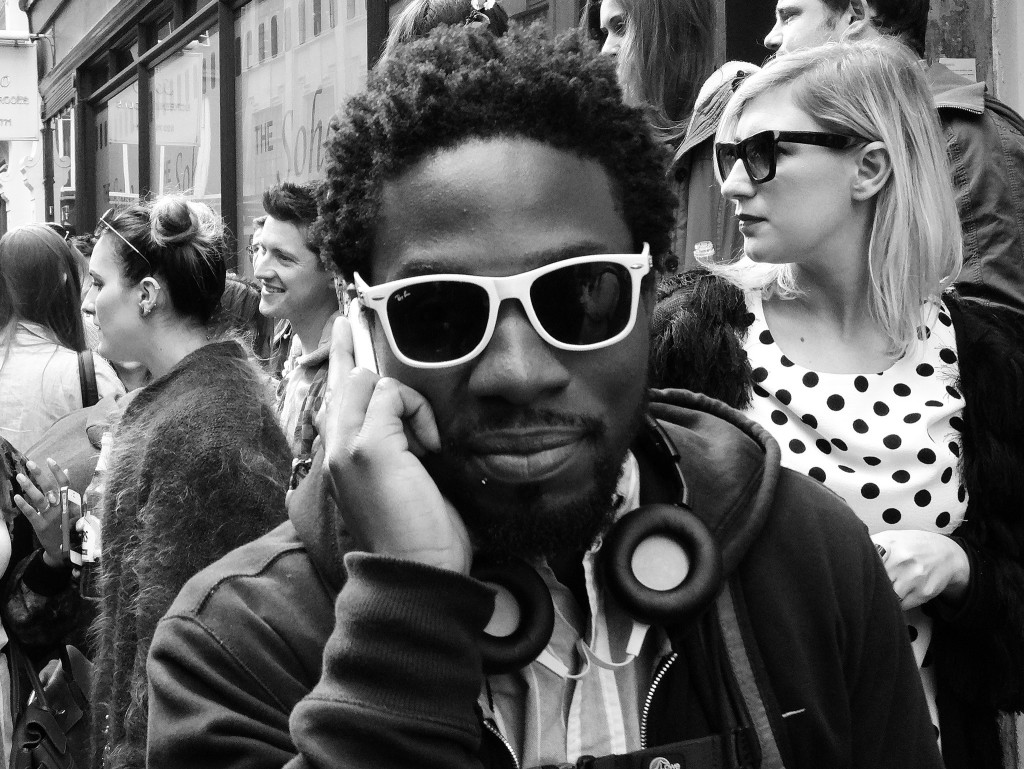 Culture refers to the influence of religious, family, educational, and social systems on people, how they live their lives, and the choices they make. Marketing always exists in an environment shaped by culture. Organizations that intend to market products in different countries must be sensitive to the cultural factors at work in their target markets. Even cultural differences between different countries–or between different regions in the same country–seem small, marketers who ignore them risk failure in implementing their programs.

Culture is complex, and fully appreciating its influence takes significant time, effort, and expertise. Various features of culture can create an illusion of similarity, but marketers need to dig deeper to make sure they truly understand the people and environments in which they work. Even a common language does not guarantee similarity of interpretation. For example, in Canada, we purchase “cans” of various grocery products, but the British purchase “tins.” In India, where English is one of a number of officially recognized languages, “matrimonial” is used as a noun in casual conversation, referring to personal ads in newspapers seeking marriage partners.

Several dimensions of culture that require particular attention from global marketers are listed below.

As suggested above, the importance of language differences cannot be overemphasized, and there are nearly three thousand languages in the world. Language differences can be a challenge for marketers designing IMC campaigns, product labels, brand and product names, tag lines, and so on. Finding a single brand name that works universally in terms of pronunciation, meaning, and “ownability” is a monumental challenge. Of course, correct and grammatical use of language in marketing communication is essential for a product, brand, or company to be viewed as credible, trustworthy, and of high-quality.

Language gains complexity when a country has more than one officially recognized language. To illustrate, in Canada, national law requires that labels include both English and French. In India and China, more than two hundred different dialects are spoken. India has more than twenty officially recognized languages. Mainland China’s official spoken language is Standard Mandarin, and several autonomous regions have designated other additional official languages. Meanwhile in Hong Kong and Macau, Cantonese Chinese, English, and Portuguese are the official languages. Clearly, language can become a very complicated issue for marketers very quickly!

Finally, marketers should be attuned to what they communicate when they choose which languages to use–or not use. In Eastern Europe, for example, the long history of Soviet occupation during the Cold War has left many inhabitants with a negative perception of the Russian language. Products that carry Russian labeling may suffer accordingly. 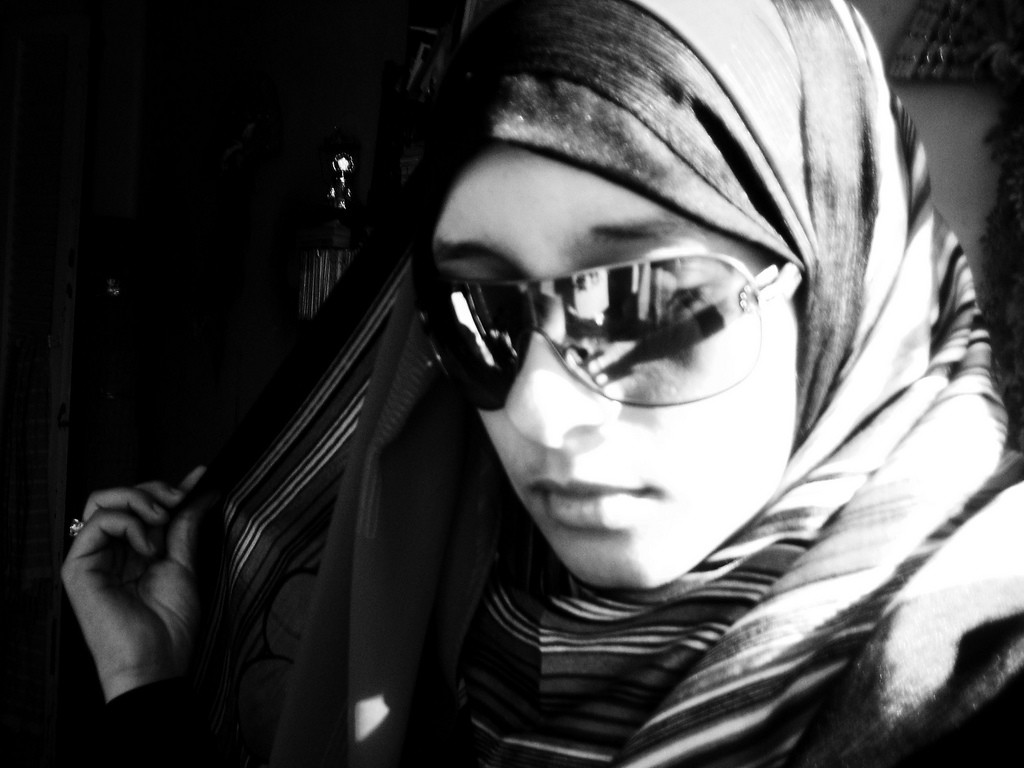 All cultures have their own unique sets of customs and taboos. It is important for marketers to learn about these customs and taboos so that they will know what is acceptable and unacceptable for their marketing programs. For example, in Japan, the number four is considered unlucky, and product packages containing four items are avoided by many consumers. In Middle Eastern countries where Islamic law is strictly observed, images displaying the uncovered arms or legs of the female body are considered offensive. Meanwhile in Egypt, where many women wear the headscarf or hijab in public, an increasing number of younger women are in work and educational settings where gender segregation does not exist. Marketers struggle with whether to portray women with or without the hijab, knowing that they risk offending some of their target audience with either choice. Marketers should seek guidance from native experts familiar with local culture and customers. Marketing research can also help marketers understand and navigate these complex issues.

The role of values in society is to dictate what is acceptable or unacceptable. Values are part of the societal fabric of a culture, and they can also be expressed individually, arising from the influence of family, education, moral, and religious beliefs. Values are also learned through experiences. Not surprisingly, values can influence consumer perceptions and purchasing behaviour. For example, consumers in some countries, such as the United States, tend to be individualistic and make many purchasing decisions based on their own personal preferences. In other countries, such as Japan, the well-being of the group is more highly valued, and buying decisions are more influenced by the well-being of the group, such as the family. Based on these differences in values, it is not surprising that ads featuring individuals tend to do better in countries where individualism is an important value, and ads featuring groups do better in countries where the group’s well-being is a higher value.

Different cultures have different sensitivities around time and punctuality. In some countries, being slightly late to a meeting is acceptable, whereas in other countries it is very insulting. For cultures that highly value punctuality, being on time is a sign of good planning, organization, and respect. In cultures where precise punctuality is less important, there is often a greater emphasis on relationships. The fact that a meeting happens is more important than when it happens.

While there are cultural stereotypes about time management (such as the laid-back “island time” many residents of island nations refer to), the best rule of thumb in business is to be punctual and meet deadlines as promised. You will not insult people by following this rule. Also, it is wise not to apply popular stereotypes to individual people for whom the cultural stereotype may or may not be true. You should let a person’s behaviour speak for itself, and always treat others with the same level of courtesy you would expect from them.

Business norms vary from one country to the next and may present challenges to foreigners not used to operating according to the particular norms of the host country. In business meetings in Japan, for example, it is expected that the most senior person representing an organization will lead the discussion, and more junior-level colleagues may not speak at all. The role of alcohol in business meetings varies widely by culture: in Middle Eastern cultures where alcohol is forbidden, it may be insulting to serve or even offer an alcoholic beverage. In China, many rounds of toasts are customary as part of formal dinner meetings.

Likewise, business norms around greetings and physical contact also vary. American-style handshakes have become accepted as a business norm in many cultures, but this custom is not universal. In Japan and some other Asian cultures, a respectful bow is the traditional business greeting, although the handshake is becoming more common. In Islamic cultures, contact between men and women is a sensitive issue, even in business settings. In those regions and cultures, it is best to shake hands with a woman only if she extends her hand first. Similarly, Western women may avoid causing embarrassment by shaking hands only if a hand is extended to her. In India, the namaste (a slight bow with hands brought together on the chest) remains a respectful, if traditional business greeting particularly when interacting with women and older people.

Always seek guidance from a trusted colleague or friend who has experience in the local customs and can offer coaching on proper etiquette.

As discussed earlier in this module, religious beliefs and practices can strongly influence what consumers buy (or don’t buy), when they shop, and how they conduct business.  It is important for marketers to understand the influence of religion on consumer culture in the markets where they operate so that their marketing activities can be appropriately sensitive. Failing to respect religious beliefs or cultures can seriously undermine the reputation of a company or brand. At the same time, marketers who are attuned to the impact of religion on local culture can find a great advantage in aligning marketing messages and promotional opportunities to religious practice.

For example, all the major world religions observe holidays that include feasting and gift-giving. These festival seasons tend to be prime shopping seasons as well, such as the Christmas season in Western cultures, or Ramadan in Muslim cultures. Religious beliefs lead to sensitivities about certain products: in the Hindu religion, cows are considered sacred and people refrain from eating beef. Observant Jews and Muslims consider pork unclean, and they consume only kosher or halal meats, respectively. Many religions eschew alcohol: for example, devout Sikhs, Muslims, Mormons, Buddhists, and Southern Baptists all refrain from drinking.

Religious beliefs may cause sensitivities around revealing images or sexually suggestive material. Religious beliefs associated with the symbolism of different colours may create either preferences for or rejection of certain products and marketing materials. The link between religious practice and gender roles may affect which members of the family influence which types of buying decisions. It is important, however, for marketers not to oversimplify how decision-making happens in these settings. Even if a woman, for example, is not the primary buyer, she may exercise a strong influence on many consumer decisions.

Here, as in other areas of cultural impact, is it crucial for marketers to educate themselves about the people and cultures they are targeting for marketing and business in order to use cultural knowledge to their advantage.