Sliding a match head along a rough surface initiates a combustion reaction that produces energy in the form of heat and light. (credit: modification of work by Laszlo Ilyes) 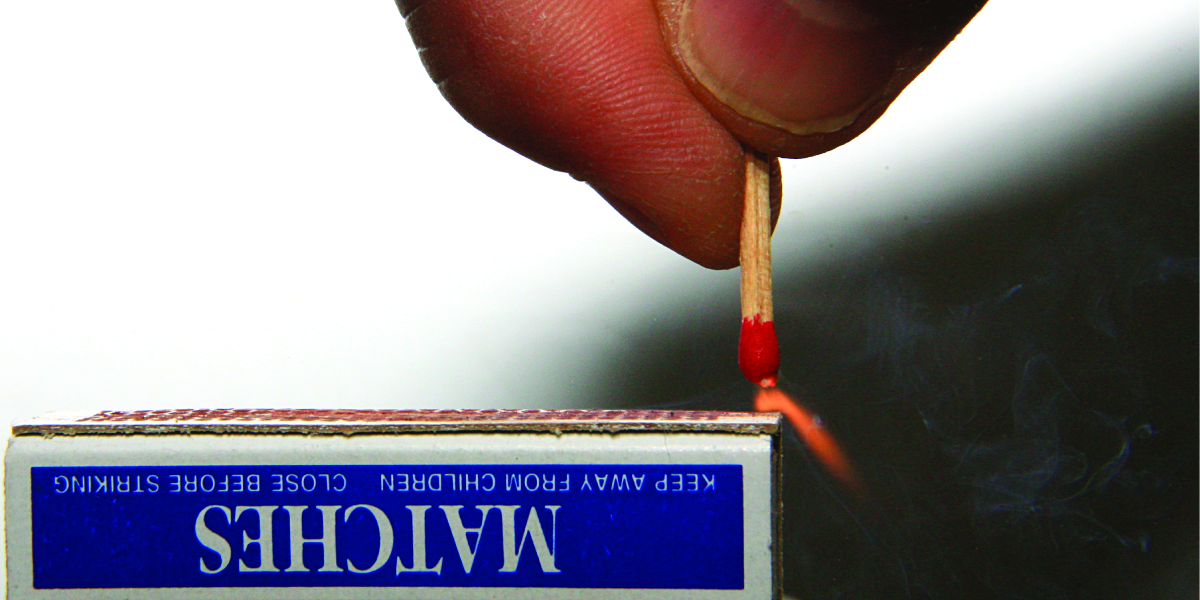 Chemical reactions, such as those that occur when you light a match, involve changes in energy as well as matter. Societies at all levels of development could not function without the energy released by chemical reactions. In 2012, about 85% of US energy consumption came from the combustion of petroleum products, coal, wood, and garbage. We use this energy to produce electricity (38%); to transport food, raw materials, manufactured goods, and people (27%); for industrial production (21%); and to heat and power our homes and businesses (10%).1 While these combustion reactions help us meet our essential energy needs, they are also recognized by the majority of the scientific community as a major contributor to global climate change.

Useful forms of energy are also available from a variety of chemical reactions other than combustion. For example, the energy produced by the batteries in a cell phone, car, or flashlight results from chemical reactions. This chapter introduces many of the basic ideas necessary to explore the relationships between chemical changes and energy, with a focus on thermal energy.

The chemical bond is simply another form of energy, and its strength is indicated in exactly the same units as any other process involving energy. That is, in joules (or kilojoules) – or, when taken on a molar basis, in J/mol or kJ/mol. All of the principles involving energy we have examined up to now apply to bond energies exactly as they do to all other forms of energy: that is, energy may change form or be absorbed or released, but it cannot be created or destroyed. The energy of a chemical bond is indicated by the bond enthalpy, taken by convention to be the energy required to break a chemical bond. The same energy is released when a chemical bond is formed. Given that a chemical reaction involves breaking some bonds and making others, the enthalpy change for a chemical reaction can be estimated by analyzing the bonds broken and formed during the reaction. While this procedure gives an estimate of the overall enthalpy, it should be noted that a far more precise method involves using enthalpies of formation; the fact that there can be significant differences between, for example, an O–H bond in water and that in acetic acid accounts for the discrepancy in calculating ΔH using bond enthalpies versus the use of enthalpies of formation.