How can you make sure that you do the right thing in the business world? How should you respond to the kinds of challenges that you’ll be facing? Because your actions in the business world will be strongly influenced by your moral character, let’s begin by assessing your current moral condition. Which of the following best applies to you (select one)?

Now that you’ve placed yourself in one of these categories, here are some general observations. Few people put themselves below the second category. Most of us are ethical most of the time, and most people assign themselves to category number two— “I’m mostly ethical.” Why don’t more people claim that they’re always ethical?

Apparently, most people realize that being ethical all the time takes a great deal of moral energy. If you placed yourself in category number two, ask yourself this question: How can I change my behaviour so that I can move up a notch? The answer to this question may be simple. Just ask yourself an easier question: How would I like to be treated in a given situation? [1]

Unfortunately, practising this philosophy might be easier in your personal life than in the business world. Ethical challenges arise in business because companies, especially large ones, have multiple stakeholders who sometimes make competing demands. Making decisions that affect multiple stakeholders isn’t easy even for seasoned managers; and for new entrants to the business world, the task can be extremely daunting. You can, however, get a head start in learning how to make ethical decisions by looking at two types of challenges that you’ll encounter in the business world: ethical dilemmas and ethical decisions. 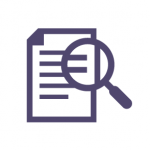 Case Study: How a Bottle Cap Restored a Reputation (Temporarily)

An ethical dilemma is a morally problematic situation: you must choose between two or more acceptable but often opposing alternatives that are important to different groups.  Experts often frame this type of situation as a “right-versus-right” decision. It’s the sort of decision that Johnson & Johnson (known as J&J) CEO James Burke had to make in 1982. [2] On September 30, twelve-year-old Mary Kellerman of Chicago died after her parents gave her Extra-Strength Tylenol. That same morning, twenty-seven-year-old Adam Janus, also of Chicago, died after taking Tylenol for minor chest pain. That night, when family members came to console his parents, Adam’s brother and his wife took Tylenol from the same bottle and died within forty-eight hours. Over the next two weeks, four more people in Chicago died after taking Tylenol. The actual connection between Tylenol and the series of deaths wasn’t made until an off-duty fireman realized from news reports that every victim had taken Tylenol. As consumers panicked, J&J pulled Tylenol off Chicago-area retail shelves. Researchers discovered Tylenol capsules containing large amounts of deadly cyanide. Because the poisoned bottles came from batches originating at different J&J plants, investigators determined that the tampering had occurred after the product had been shipped. [3]

So J&J wasn’t at fault. But CEO Burke was still faced with an extremely serious dilemma: Was it possible to respond to the tampering cases without destroying the reputation of a highly profitable brand?

Burke opted to recall all 31 million bottles of Extra-Strength Tylenol on the market. The cost to J&J was $100 million, but public reaction was quite positive. Less than six weeks after the crisis began, Tylenol capsules were reintroduced in new tamper-resistant bottles, and by responding quickly and appropriately, J&J was eventually able to restore the Tylenol brand to its previous market position. When Burke was applauded for moral courage, he replied that he’d simply adhered to the long-standing J&J credo that put the interests of customers above those of other stakeholders. His only regret was that the perpetrator was never caught. [4]

If you’re wondering what your thought process should be if you’re confronted with an ethical dilemma, you might wish to remember the mental steps listed here—which happen to be the steps that James Burke took in addressing the Tylenol crisis:

To test the validity of this approach, consider a point-by-point look at Trudeau’s decisions.

Here use the five-question process for ethical decision-making in Chapter 3 to determine if Trudeau made an ethical choice in his decision to vacation on the Aga Khan’s private island. You response is anonymous and will be added to responses from other institutions using this textbook chapter.

If you answer yes to any one of these five questions when considering an ethical dilemma, odds are that you’re about to do something you shouldn’t.

As discussed earlier, Johnson & Johnson received tremendous praise for the actions taken by its CEO, James Burke, in response to the 1982 Tylenol catastrophe. However, things change. To learn how a company can destroy its good reputation, let’s fast forward to 2008 and revisit J&J and its credo, which states, “We believe our first responsibility is to the doctors, nurses and patients, to mothers and fathers and all others who use our products and services. In meeting their needs everything we do must be of high quality.” [5] How could a company whose employees believed so strongly in its credo find itself under criminal and congressional investigation for a series of recalls due to defective products? [6] In a three-year period, the company recalled twenty-four products, including Children’s, Infants’ and Adults’ Tylenol, Motrin, and Benadryl; [7] 1-Day Acuvue TruEye contact lenses sold outside the U.S.; [8] and hip replacements. [9]

Unlike the Tylenol recall, no one had died from the defective products, but customers were certainly upset to find they had purchased over-the-counter medicines for themselves and their children that were potentially contaminated with dark particles or tiny specks of metal; [10] contact lenses that contained a type of acid that caused stinging or pain when inserted in the eye; [11] and defective hip implants that required patients to undergo a second hip replacement. [12]

Who bears the responsibility for these image-damaging blunders? Two individuals who were at least partially responsible were William Weldon, CEO, and Colleen Goggins, Worldwide Chairman of J&J’s Consumer Group. Weldon has been criticized for being largely invisible and publicly absent during the recalls. [13] Additionally, he admitted that he did not understand the consumer division where many of the quality control problems originated. [14] Goggins was in charge of the factories that produced many of the recalled products. She was heavily criticized by fellow employees for her excessive cost-cutting measures and her propensity to replace experienced scientists with new hires. [15] In addition, she was implicated in scheme to avoid publicly disclosing another J&J recall of a defective product.

After learning that J&J had released packets of Motrin that did not dissolve correctly, the company hired contractors to go into convenience stores and secretly buy up every pack of Motrin on the shelves. The instructions given to the contractors were the following: “You should simply ‘act’ like a regular customer while making these purchases. THERE MUST BE NO MENTION OF THIS BEING A RECALL OF THE PRODUCT!” [16] In May 2010, when Goggins appeared before a congressional committee investigating the “phantom recall,” she testified that she was not aware of the behaviour of the contractors [17] and that she had “no knowledge of instructions to contractors involved in the phantom recall to not tell store employees what they were doing.” In her September 2010 testimony to the House Committee on Oversight and Government Reform, she acknowledged that the company in fact wrote those very instructions.

Despite all the good arguments in favour of doing the right thing, why do many reasonable people act unethically (at least at times)? Why do good people make bad choices? According to one study, there are four common rationalizations (excuses) for justifying misconduct: [18]

If you find yourself having to rationalize a decision, it’s probably a bad one.

What to Do When the Light Turns Yellow

Like our five questions, some ethical problems are fairly straightforward. Others, unfortunately, are more complicated, but it will help to think of our five-question test as a set of signals that will warn you that you’re facing a particularly tough decision— that you should think carefully about it and perhaps consult someone else. The situation is like approaching a traffic light. Red and green lights are easy; you know what they mean and exactly what to do. Yellow lights are trickier. Before you decide which pedal to hit, try posing our five questions. If you get a single yes, you’ll almost surely be better off hitting the brake. [20]

Foxconn is a major supplier to Apple. All of its factories are in China and Taiwan, although it recently announced building a new one in the United States. Working conditions are much different than in a typical US or Canadian factory. As you watch the video, think about what responsibilities Apple has in this situation. They don’t own Foxconn or its factories, yet their reputation can be nevertheless impacted.