What you’ll learn to do: explain cognitive development in early adulthood 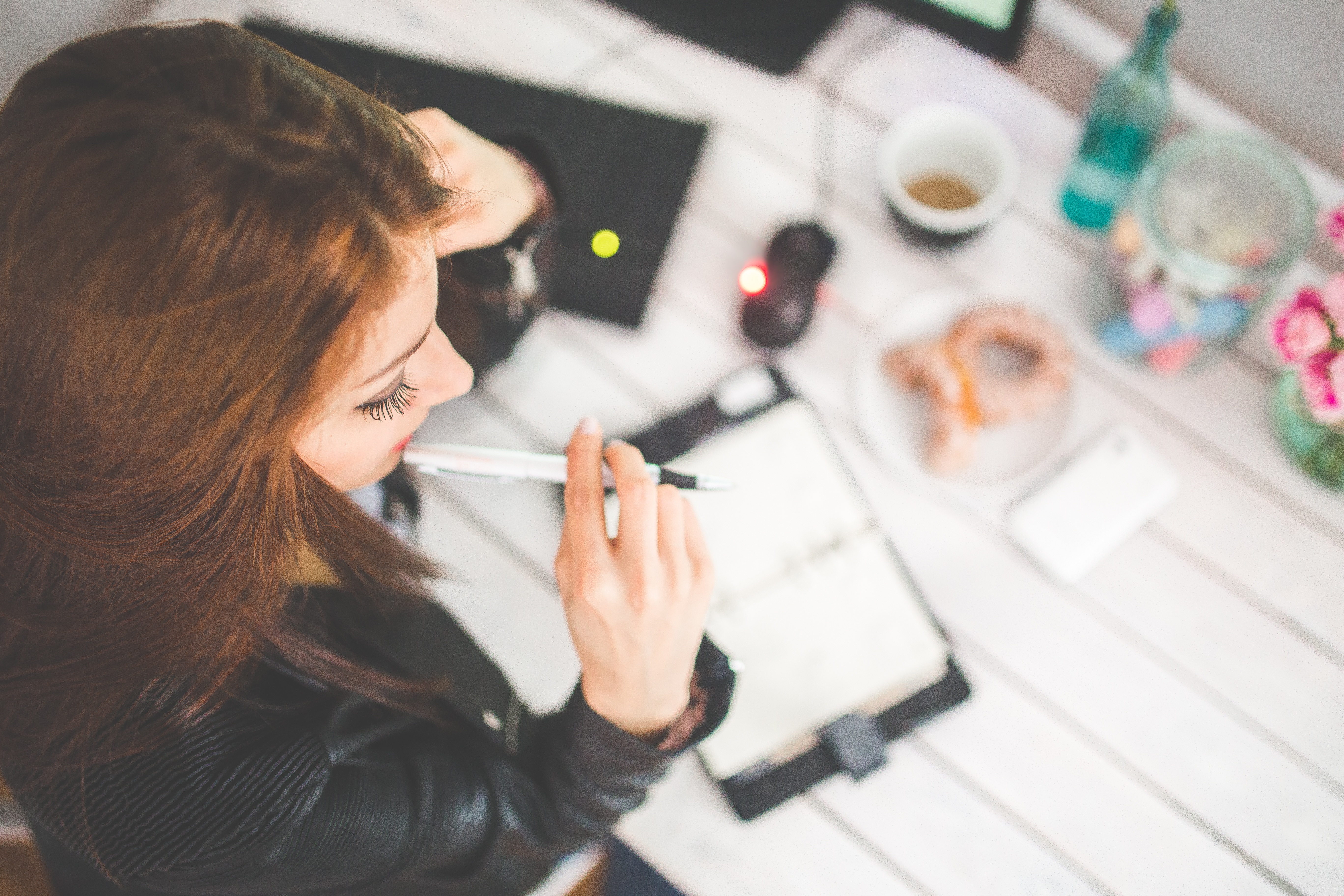 In this section, we will learn about these types of postformal operational thought and consider research done by William Perry related to types of thought and advanced thinking. We will also look at education in early adulthood, the relationship between education and work, and some tools used by young adults to choose their careers.

In the adolescence module, we discussed Piaget’s formal operational thought. The hallmark of this type of thinking is the ability to think abstractly or to consider possibilities and ideas about circumstances never directly experienced. Thinking abstractly is only one characteristic of adult thought, however. If you compare a 14-year-old with someone in their late 30s, you would probably find that the later considers not only what is possible, but also what is likely. Why the change? The young adult has gained experience and understands why possibilities do not always become realities. This difference in adult and adolescent thought can spark arguments between the generations.

Here is an example. A student in her late 30s relayed such an argument she was having with her 14-year-old son. The son had saved a considerable amount of money and wanted to buy an old car and store it in the garage until he was old enough to drive. He could sit in it, pretend he was driving, clean it up, and show it to his friends. It sounded like a perfect opportunity. The mother, however, had practical objections. The car would just sit for several years while deteriorating. The son would probably change his mind about the type of car he wanted by the time he was old enough to drive and they would be stuck with a car that would not run. She was also concerned that having a car nearby would be too much temptation and the son might decide to sneak it out for a quick ride before he had a permit or license.

Piaget’s theory of cognitive development ended with formal operations, but it is possible that other ways of thinking may develop after (or “post”) formal operations in adulthood (even if this thinking does not constitute a separate “stage” of development). Postformal thought is practical, realistic and more individualistic, but also characterized by understanding the complexities of various perspectives. As a person approaches the late 30s, chances are they make decisions out of necessity or because of prior experience and are less influenced by what others think. Of course, this is particularly true in individualistic cultures such as the United States. Postformal thought is often described as more flexible, logical, willing to accept moral and intellectual complexities, and dialectical than previous stages in development.

One of the first theories of cognitive development in early adulthood originated with William Perry (1970)[1], who studied undergraduate students at Harvard University.  Perry noted that over the course of students’ college years, cognition tended to shift from dualism (absolute, black and white, right and wrong type of thinking) to multiplicity (recognizing that some problems are solvable and some answers are not yet known) to relativism (understanding the importance of the specific context of knowledge—it’s all relative to other factors). Similar to Piaget’s formal operational thinking in adolescence, this change in thinking in early adulthood is affected by educational experiences.

Please watch this brief lecture by Dr. Eric Landrum to better understand the way that thinking can shift during college, according to Perry’s scheme. Notice the overall shifts in beliefs over time. Do you recognize your own thinking or the thinking of others you know in this clip?

In addition to moving toward more practical considerations, thinking in early adulthood may also become more flexible and balanced. Abstract ideas that the adolescent believes in firmly may become standards by which the individual evaluates reality. As Perry’s research pointed out, adolescents tend to think in dichotomies or absolute terms; ideas are true or false; good or bad; right or wrong and there is no middle ground. However, with education and experience, the young adult comes to recognize that there is some right and some wrong in each position. Such thinking is more realistic because very few positions, ideas, situations, or people are completely right or wrong.

Some adults may move even beyond the relativistic or contextual thinking described by Perry; they may be able to bring together important aspects of two opposing viewpoints or positions, synthesize them, and come up with new ideas. This is referred to as dialectical thought and is considered one of the most advanced aspects of postformal thinking (Basseches, 1984). There isn’t just one theory of postformal thought; there are variations, with emphasis on adults’ ability to tolerate ambiguity or to accept contradictions or find new problems, rather than solve problems, etc. (as well as relativism and dialecticism that we just learned about). What they all have in common is the proposition that the way we think may change during adulthood with education and experience.

According to the U.S. Census Bureau (2017), 90 percent of the American population 25 and older have completed high school or higher level of education—compare this to just 24 percent in 1940! Each generation tends to earn (and perhaps need) increased levels of formal education. As we can see in the graph, approximately one-third of the American adult population has a bachelor’s degree or higher, as compared with less than 5 percent in 1940. Educational attainment rates vary by gender and race. All races combined, women are slightly more likely to have graduated from college than men; that gap widens with graduate and professional degrees. However, wide racial disparities still exist. For example, 23 percent of African-Americans have a college degree and only 16.4 percent of Hispanic Americans have a college degree, compared to 37 percent of non-Hispanic white Americans. The college graduation rates of African-Americans and Hispanic Americans have been growing in recent years, however (the rate has doubled since 1991 for African-Americans and it has increased 60 percent in the last two decades for Hispanic-Americans).

What about those young or emerging adults graduating high school today—is the majority of that group going to college? According to the U.S. Bureau of Labor Statistics (2017), 66.7 percent of youth ages 16-24 who graduated high school between January and October 2017 were enrolled in colleges or universities in October 2017. There were gender differences (71.7 percent of females vs. 61.1 percent of males) and racial differences (83 percent of Asians, 67.1 percent of non-Hispanic whites, 61 percent Hispanics, and 59.4 percent Blacks). Not all of these students will persist and earn college degrees, however.[2]

Education and the Workplace

With the rising costs of higher education, various news headlines have asked if a college education is worth the cost. One way to address this question is in terms of the earning potential associated with various levels of educational achievement. In 2016, the average earnings for Americans 25 and older with only a high school education was $35,615, compared with $65,482 for those with a bachelor’s degree, compared with $92,525 for those with more advanced degrees. Average earnings vary by gender, race, and geographical location in the United States.[3]

Of concern in recent years is the relationship between higher education and the workplace. In 2005, American educator and then Harvard University President, Derek Bok, called for a closer alignment between the goals of educators and the demands of the economy. Companies outsource much of their work, not only to save costs but to find workers with the skills they need. What is required to do well in today’s economy? Colleges and universities, he argued, need to promote global awareness, critical thinking skills, the ability to communicate, moral reasoning, and responsibility in their students. Regional accrediting agencies and state organizations provide similar guidelines for educators. Workers need skills in listening, reading, writing, speaking, global awareness, critical thinking, civility, and computer literacy—all skills that enhance success in the workplace.

More than a decade later, the question remains: does formal education prepare young adults for the workplace? It depends on whom you ask. In an article referring to information from the National Association of Colleges and Employers’ 2018 Job Outlook Survey, Bauer-Wolf (2018) explains that employers perceive gaps in students’ competencies but many graduating college seniors are overly confident. The biggest difference was in perceived professionalism and work ethic (only 43 percent of employers thought that students are competent in this area compared to 90 percent of the students).[4] Similar differences were also found in terms of oral communication, written communication, and critical thinking skills. Only in terms of digital technology skills were more employers confident about students’ competencies than were the students (66 percent compared to 60 percent).

It appears that students need to learn what some call “soft skills,” as well as the particular knowledge and skills within their college major. As education researcher Loni Bordoloi Pazich (2018) noted, most American college students today are enrolling in business or other pre-professional programs and to be effective and successful workers and leaders, they would benefit from the communication, teamwork, and critical thinking skills, as well as the content knowledge, gained from liberal arts education.[5]In fact, two-thirds of children starting primary school now will be employed in jobs in the future that currently do not exist. Therefore, students cannot learn every single skill or fact that they may need to know, but they can learn how to learn, think, research, and communicate well so that they are prepared to continually learn new things and adapt effectively in their careers and lives since the economy, technology, and global markets will continue to evolve.[6]

Hopefully, we are each becoming lifelong learners, particularly since we are living longer and will most likely change jobs multiple times during our lives. However, for many, our job changes will be within the same general occupational field, so our initial career choice is still significant. We’ve seen with Erikson that identity largely involves occupation and, as we will learn in the next section, Levinson found that young adults typically form a dream about work (though females may have to choose to focus relatively more on work or family initially with “split” dreams). The American School Counselor Association recommends that school counselors aid students in their career development beginning as early as kindergarten and continue this development throughout their education.  [7]

One of the most well-known theories about career choice is from John Holland (1985), who proposed that there are six personality types (realistic, investigative, artistic, social, enterprising, and conventional), as well as varying types of work environments.[8] The better matched one’s personality is to the workplace characteristics, the more satisfied and successful one is predicted to be with that career or vocational choice. Research support has been mixed and we should note that there is more to satisfaction and success in a career than one’s personality traits or likes and dislikes. For instance, education, training, and abilities need to match the expectations and demands of the job, plus the state of the economy, availability of positions, and salary rates may play practical roles in choices about work.

To complete a free online career questionnaire and identify potential careers based on your preferences, go to:

Did you find out anything interesting? Think of this activity as a starting point to your career exploration. Other great ways for young adults to research careers include informational interviewing, job shadowing, volunteering, practicums, and internships. Once you have a few careers in mind that you want to find out more about, go to the Occupational Outlook Handbook (https://www.bls.gov/ooh/) from the U.S. Bureau of Labor Statistics to learn about job tasks, required education, average pay, and projected outlook for the future.

dialectical thought: the ability to reason from multiple perspectives and synthesize various viewpoints in order to come up with new ideas

multiplicity: recognizing that some problems are solvable and some answers are not yet known

postformal thought: a more individualistic and realistic type of thinking that occurs after Piaget’s last stage of formal operations

relativism: understanding the importance of the specific context of knowledge—it’s all relative to other factors