What you’ll learn to do: explain changes and advances in cognitive development during middle childhood 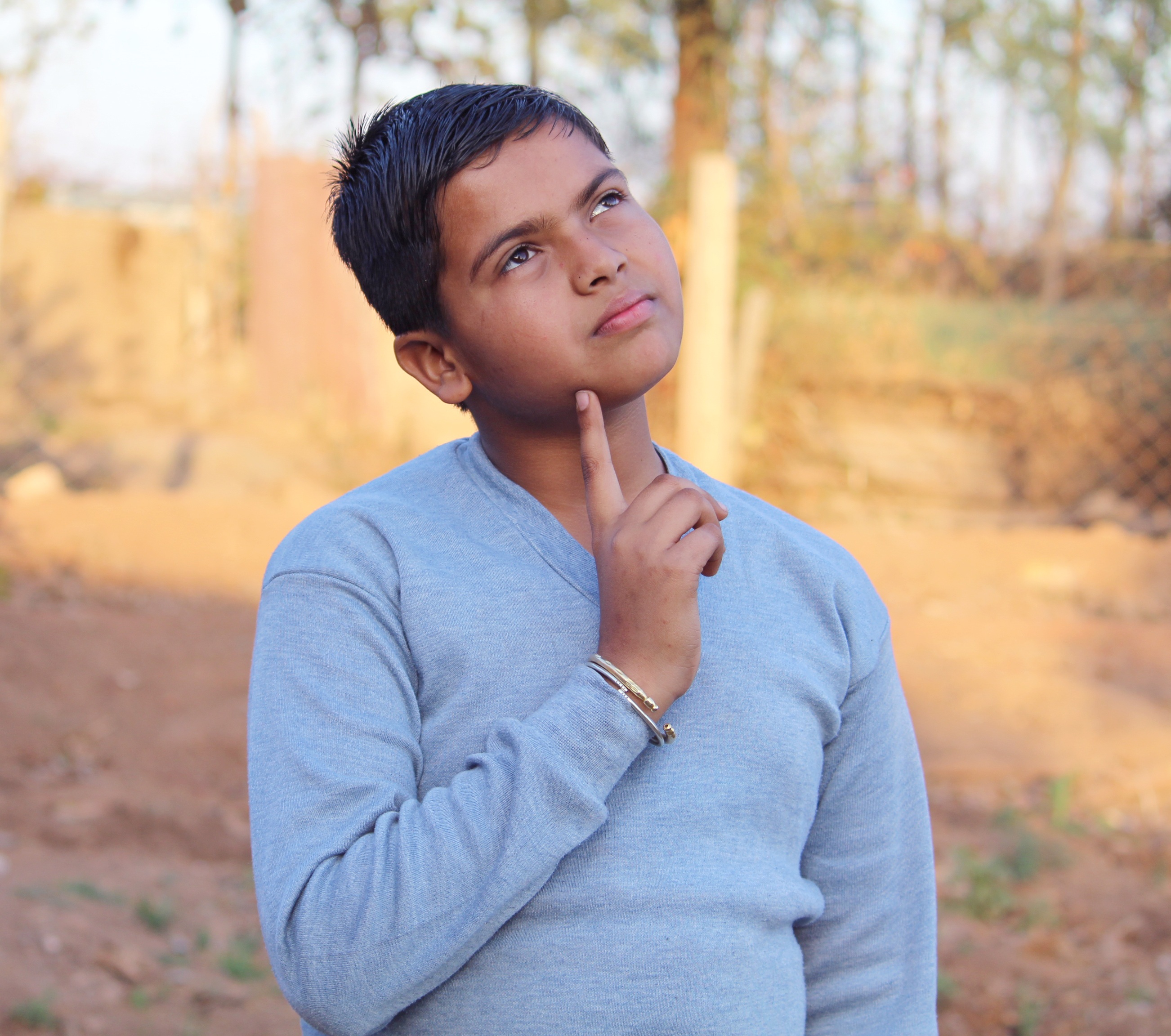 Children in middle childhood are beginning a new experience—that of formal education. In the United States, formal education begins at a time when children are beginning to think in new and more sophisticated ways. According to Piaget, the child is entering a new stage of cognitive development where they are improving their logical skills. During middle childhood, children also make improvements in short term and long term memory.

According to Piaget, children in early childhood are in the preoperational stage of development in which they learn to think symbolically about the world. From ages 7 to 11, the school-aged child continues to develop in what Piaget referred to as the concrete operational stage of cognitive development. This involves mastering the use of logic in concrete ways. The child can use logic to solve problems tied to their own direct experience but has trouble solving hypothetical problems or considering more abstract problems. The child uses inductive reasoning, which means thinking that the world reflects one’s own personal experience. For example, a child has one friend who is rude, another friend who is also rude, and the same is true for a third friend. Using inductive reasoning, the child may conclude that friends are rude. (We will see that this way of thinking tends to change during adolescence as children begin to use deductive reasoning effectively.)

The word concrete refers to that which is tangible; that which can be seen or touched or experienced directly. The concrete operational child is able to make use of logical principles in solving problems involving the physical world. For example, the child can understand the principles of cause and effect, size, and distance.

As children’s experiences and vocabularies grow, they build schema and are able to classify objects in many different ways. Classification can include new ways of arranging information, categorizing information, or creating classes of information. Many psychological theorists, including Piaget, believe that classification involves a hierarchical structure, such that information is organized from very broad categories to very specific items.

One feature of concrete operational thought is the understanding that objects have an identity or qualities that do not change even if the object is altered in some way. For instance, the mass of an object does not change by rearranging it. A piece of chalk is still chalk even when the piece is broken in two.

During middle childhood, children also understand the concept of reversibility, or that some things that have been changed can be returned to their original state. Water can be frozen and then thawed to become liquid again. But eggs cannot be unscrambled. Arithmetic operations are reversible as well: 2 + 3 = 5 and 5 – 3 = 2. Many of these cognitive skills are incorporated into the school’s curriculum through mathematical problems and in worksheets about which situations are reversible or irreversible. (If you have access to children’s school papers, look for examples of these.)

Remember the example from the earlier module of children thinking that a tall beaker filled with 8 ounces of water was “more” than a short, wide bowl filled with 8 ounces of water? Concrete operational children can understand the concept of reciprocity which means that changing one quality (in this example, height or water level) can be compensated for by changes in another quality (width). So there is the same amount of water in each container although one is taller and narrower and the other is shorter and wider.

These new cognitive skills increase the child’s understanding of the physical world. Operational or logical thought about the abstract world comes later.

Information processing theory is a classic theory of memory that compares the way in which the mind works to computer storing, processing and retrieving information. According to the theory, there are three levels of memory:

1) Sensory memory: Information first enters our sensory memory (sometimes called sensory register). Stop reading and look around the room very quickly. (Yes, really. Do it!) Okay. What do you remember? Chances are, not much, even though EVERYTHING you saw and heard entered into your sensory memory. And although you might have heard yourself sigh, caught a glimpse of your dog walking across the room, and smelled the soup on the stove, you may not have registered those sensations. Sensations are continuously coming into our brains, and yet most of these sensations are never really perceived or stored in our minds. They are lost after a few seconds because they were immediately filtered out as irrelevant. If the information is not perceived or stored, it is discarded quickly.

There is a limited amount of information that can be kept in the working memory at any given time. For most people, this is somewhere around 7 + or – 2 pieces or chunks of information. If you are given too much information at a time, you may lose some of it. (Have you ever been writing down notes in a class and the instructor speaks too quickly for you to get it all in your notes? You are trying to get it down and out of your working memory to make room for new information and if you cannot “dump” that information onto your paper and out of your mind quickly enough, you lose what has been said.)

3) Long-term memory (knowledge base): This level of memory has an unlimited capacity and stores information for days, months or years. It consists of things that we know of or can remember if asked. This is where you want the information to ultimately be stored. The important thing to remember about storage is that it must be done in a meaningful or effective way. In other words, if you simply try to repeat something several times in order to remember it, you may only be able to remember the sound of the word rather than the meaning of the concept. So if you are asked to explain the meaning of the word or to apply a concept in some way, you will be lost. Studying involves organizing information in a meaningful way for later retrieval. Passively reading a text is usually inadequate and should be thought of as the first step in learning material. Writing keywords, thinking of examples to illustrate their meaning, and considering ways that concepts are related are all techniques helpful for organizing information for effective storage and later retrieval.

During middle childhood, children are able to learn and remember due to an improvement in the ways they attend to and store information. As children enter school and learn more about the world, they develop more categories for concepts and learn more efficient strategies for storing and retrieving information. One significant reason is that they continue to have more experiences on which to tie new information. New experiences are similar to old ones or remind the child of something else about which they know. This helps them file away new experiences more easily.

Children in middle childhood also have a better understanding of how well they are performing on a task and the level of difficulty of a task. As they become more realistic about their abilities, they can adapt studying strategies to meet those needs. While preschoolers may spend as much time on an unimportant aspect of a problem as they do on the main point, school-aged children start to learn to prioritize and gage what is significant and what is not. They develop metacognition or the ability to understand the best way to figure out a problem. They gain more tools and strategies (such as “i before e except after c” so they know that “receive” is correct but “recieve” is not.)

One of the reasons that children can classify objects in so many ways is that they have acquired a vocabulary to do so. By 5th grade, a child’s vocabulary has grown to 40,000 words. It grows at the rate of 20 words per day, a rate that exceeds that of preschoolers. This language explosion, however, differs from that of preschoolers because it is facilitated by being able to associate new words with those already known (fast-mapping) and because it is accompanied by a more sophisticated understanding of the meanings of a word.

A child in middle childhood is also able to think of objects in less literal ways. For example, if asked for the first word that comes to mind when one hears the word “pizza”, the preschooler is likely to say “eat” or some word that describes what is done with a pizza. However, the school-aged child is more likely to place pizza in the appropriate category and say “food” or “carbohydrate”.

This sophistication of vocabulary is also evidenced in the fact that school-aged children are able to tell jokes and delight in doing do. They may use jokes that involve plays on words such as “knock-knock” jokes or jokes with punch lines. Preschoolers do not understand plays on words and rely on telling “jokes” that are literal or slapstick such as “A man fell down in the mud! Isn’t that funny?”

classification: the arrangement of information into categories or classes

concrete operational stage of cognitive development: Piaget’s stage of development during middle childhood that emphasizes the use of logical thought, especially as applied to concrete, or physical objects

fast-mapping: a word learning process in which children are able to learn words quickly because they associate new words to words that they already know

identity: the understanding that objects have an identity or qualities that do not change even if the object is altered in some way

long-term memory: the third component of the memory system where information is stored for long periods of time

reciprocity: the understanding that changing one quality of an object can be compensated for by changes in another quality of that object

reversibility: the understanding that some things that have been changed can be returned to their original state

sensory memory: the first component of the memory system where information comes in through the 5 senses and is processed if the mind believes that the information is important