What you’ll learn to do: describe physical development during middle childhood 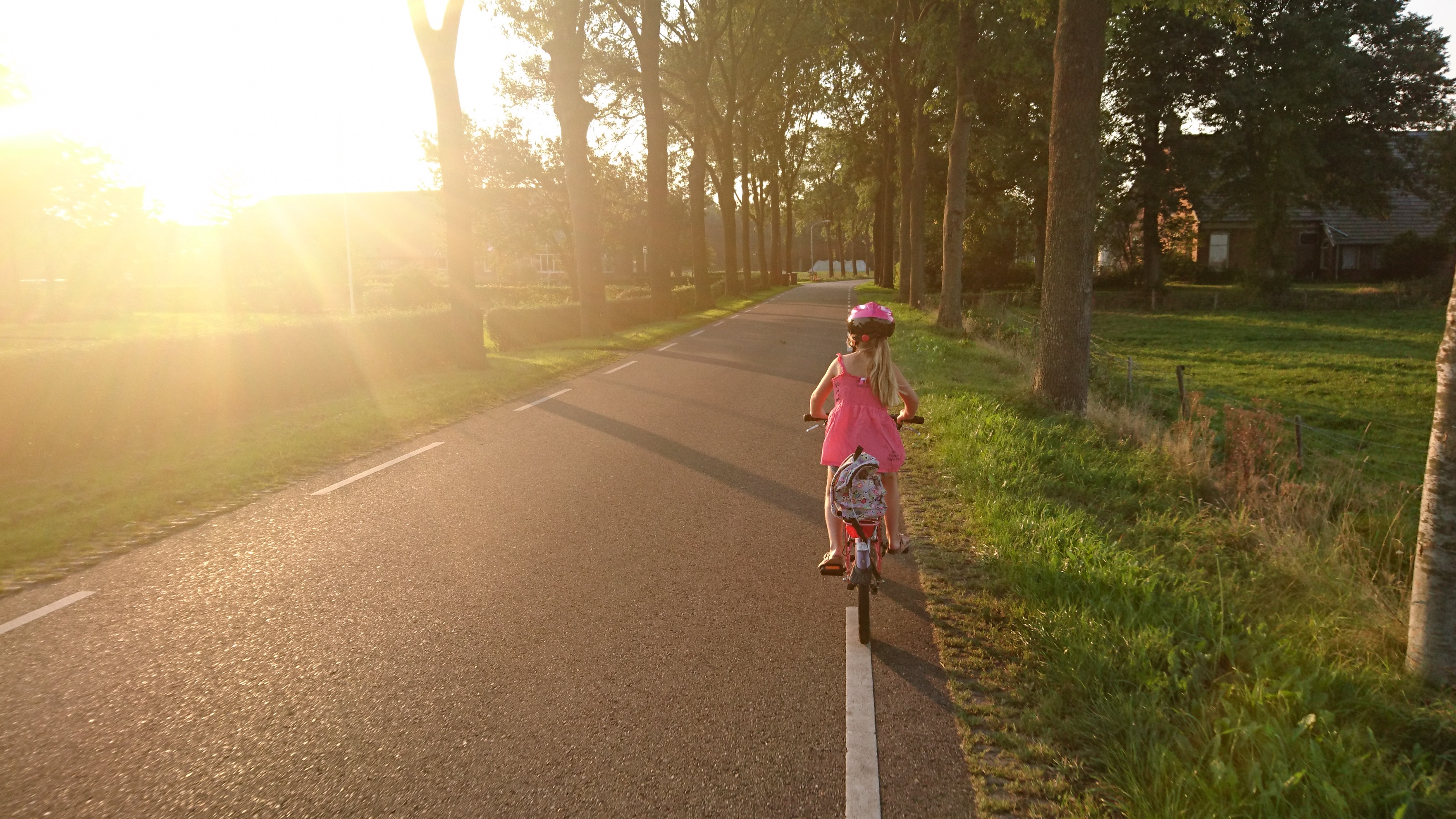 Children enter middle childhood still looking very young, and end the stage on the cusp of adolescence. Most children have gone through a growth spurt that makes them look rather grown-up. The obvious physical changes are accompanied by changes in the brain. While we don’t see the actual brain changing, we can see the effects of the brain changes in the way that children in middle childhood play sports, write, and play games.

Rates of growth generally slow during middle childhood. Typically, a child will gain about 5-7 pounds a year and grow about 2 inches per year. Many girls and boys experience a prepubescent growth spurt, but this growth spurt tends to happen earlier in girls (around age 9-10) than it does in boys (around age 11-12). Because of this, girls are often taller than boys at the end of middle childhood. Children in middle childhood tend to slim down and gain muscle strength and lung capacity making it possible to engage in strenuous physical activity for long periods of time.

The brain reaches its adult size at about age 7. That is not to say, however, that the brain is fully developed by age 7. The brain continues to develop for many years after it has attained its adult size. The school-aged child is better able to plan, coordinate activity using both left and right hemispheres of the brain, and to control emotional outbursts. Paying attention is also improved as the prefrontal cortex matures. As the myelin continues to develop throughout middle childhood, the child’s reaction time improves as well.

Deciduous teeth, commonly known as milk teeth, baby teeth, primary teeth, and temporary teeth, are the first set of teeth in the growth development of humans. The primary teeth are important for the development of the mouth, development of the child’s speech, for the child’s smile, and play a role in chewing of food, Most children lose their first tooth around age 6, then continue to lose teeth for the next 6 years. In general, children lose the teeth in the middle of the mouth first and then lose the teeth next to those in sequence over the 6-year span. By age 12, generally all of the teeth are permanent teeth, however, it is not extremely rare for one or more primary teeth to be retained beyond this age, sometimes well into adulthood, often because the secondary tooth fails to develop.

Nearly 20 percent of school-aged American children are obese.[1] This is defined as being at least 20 percent over their ideal weight.[2] The percentage of obesity in school aged children has increased substantially since the 1960s, and it continues to increase. This is true in part because of the introduction of a steady diet of television and other sedentary activities. In addition, we have come to emphasize high fat, fast foods as a culture. Pizza, hamburgers, chicken nuggets and “lunchables” with soda have replaced more nutritious foods as staples.

School lunches must meet the applicable recommendations of the Dietary Guidelines for Americans. These guidelines state that no more than 30 percent of an individual’s calories should come from fat, and less than 10 percent from saturated fat. Regulations also state that school lunches must provide one-third of the recommended dietary allowances of protein, Vitamin A, Vitamin C, iron, calcium, and calories. School lunches must meet federal nutrition requirements over the course of one week’s worth of lunches. However, local school food authorities may make decisions about which specific foods to serve and how they are prepared.

Many children in the United States buy their lunches in the school cafeteria, so it might be worthwhile to look at the nutritional content of school lunches. You can obtain this information through your local school district’s website. An example of a school menu and nutritional analysis from a school district in north central Texas is a meal consisting of pasta alfredo, bread stick, peach cup, tomato soup, and a brownie, and 2% milk. Students may also purchase chips, cookies, or ice cream along with their meals. Many school districts rely on the sale of desert and other items in the lunchrooms to make additional revenues and many children purchase these additional items so our look at their nutritional intake should also take this into consideration.

Consider another menu from an elementary school in the state of Washington. This sample meal consists of a chicken burger, tater tots, fruit and veggies and 1% or nonfat milk. This meal is also in compliance with Federal Nutrition Guidelines but has about 300 fewer calories. And, children are not allowed to purchase additional desserts such as cookies or ice cream.

Michelle Obama has been a recent advocate for nutritional school lunches. Since the Healthy, Hunger-Free Act of 2010 (https://www.fns.usda.gov/school-meals/healthy-hunger-free-kids-act), she has worked diligently to defend the importance of healthy school lunches but has largely not been successful in her efforts. Schools in the United states are having difficulty enforcing nutrition values in fear of being wasteful because some of the new standards such as whole grains, more vegetables, and reduced sodium levels initially resulted in fewer children eating their lunches. Children are eating 16% more vegetables and 23% more fruit during lunches, and over 90% of schools report that they are meeting the new nutritional guidelines.[3]

One consequence of childhood obesity is that children who are overweight tend to be ridiculed and teased by others. This can certainly be damaging to their self-image and popularity. In addition, obese children run the risk of suffering orthopedic problems such as knee injuries, and an increased risk of heart disease and stroke in adulthood. It may be difficult for a child who is obese to become a non-obese adult. In addition, the number of cases of pediatric diabetes has risen dramatically in recent years.

Dieting is not really the solution to childhood obesity. If you diet, your basal metabolic rate tends to decrease thereby making the body burn even fewer calories in order to maintain the weight. Increased activity is much more effective in lowering the weight and improving the child’s health and psychological well-being. Exercise reduces stress and being an overweight child, subjected to the ridicule of others can certainly be stressful. Parents should take caution against emphasizing diet alone to avoid the development of any obsession about dieting that can lead to eating disorders as teens. Again, increasing a child’s activity level is most helpful.

Middle childhood seems to be a great time to introduce children to organized sports. And in fact, many parents do. Nearly 3 million children play soccer in the United States. This activity promises to help children build social skills, improve athletically, and learn a sense of competition. It has been suggested, however, that the emphasis on competition and athletic skill can be counterproductive and lead children to grow tired of the game and want to quit. In many respects, it appears that children’s activities are no longer children’s activities once adults become involved and approach the games as adults rather than children. The U.S. Soccer Federation recently advised coaches to reduce the amount of drilling engaged in during practice and to allow children to play more freely and to choose their own positions. The hope is that this will build on their love of the game and foster their natural talents.